This is my project

This project is an LED Matrix Spectrum Analyzer using Arduino and a 32 x 8 NeoPixel LED Matrix. It uses an FFT analyzer to convert audio input to numbers to be displayed on the matrix. It takes computer audio and displays the spectrum onto the LED Matrix. 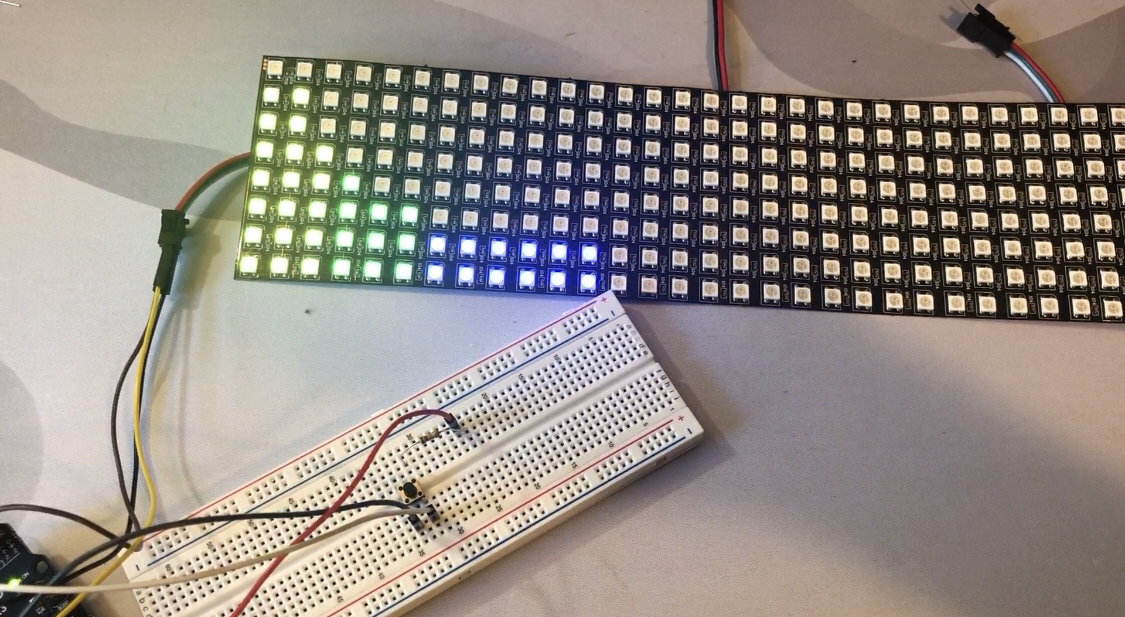 My second milestone is getting the basic project working with my microphone input. I used an FFT analyzer on Processing to convert the input sounds into numbers representing the heights of each of the columns on the matrix. In Processing, I converted the number output of the FFt analyzer to numbers 1-8, representing the height of the columns in the matrix. One problem I ran into was that Processing did not have permission to take audio input from my computer, but Processing was not asking for permission at all, so I was not able to give it microphone access. I worked around this issue by restarting Processing and writing code that would require a microphone, which caused Processing to ask for microphone access.

Through this project, I practiced with hardware and circuts, instead of software like I was used to. Previously I have made software games using purely software, so it was interesting to integrate hardware and software together to complete a project. I discovered my interest in circuts and wiring through this project. My favorite part of this project is how the LEDs turn on and off, and are very bright and colorful. I also enjoyed coding and debugging this project, since all the changes I made were visual, and I could see my progress as I fixed something, the improvement was visible and showed up on the matrix.